Today I want to review a product that is called France’s best-kept skin care secret.

This anti-aging skin care product is A313 which is a vitamin A pommade.

The reason why people are exciting about this product is that we know that topical vitamin A has all these amazing anti-aging benefits for the skin. 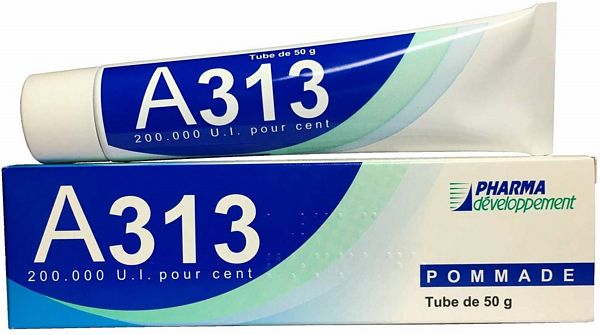 Vitamin A derivatives can do things like improve collagen synthesis, strengthen the deeper layers of our skin, ultimately improving the look of wrinkles and fine lines. They also can help with discoloration and improving hyperpigmentation.

For people with acne, they can help in controlling how some of the epidermis turns over and reduce that abnormal proliferation that leads to plugging up of the pores and closed comedones that ultimately lead to acne.

There are so many benefits to topical vitamin A.

Not All Vitamin A Products Are Created Equal

However, not all vitamin A derivatives and topical products are created equal.

When it comes to vitamin A derivatives, you have retinoic acid and third-generation retinoids.

Retinoic acid is what is in prescription tretinoin. You can’t get it over-the-counter. You can only get it with a prescription.

A313 is not tretinoin. They’re not the same thing.

Tretinoin is retinoic acid. It is the most well studied, for not only an anti-aging benefit, but also for acne control. It’s one of the oldest ones that we’ve had and it’s one we’ve been using for the longest.

In addition to retinoic acid, you also have third generation retinoids. Technically they are not retinoic acid but they are biologically active. They get into the cell, they bind to the appropriate receptors and they do their thing.

By third-generation retinoids I mean things like adapalene. For all intents and purposes, the most robust anti-aging vitamin A derivative that you can buy in the store without a prescription is going to be adapalene.

Moving down the ladder to the next in line is retinaldehyde.

Vitamin A derivative in this product has to be oxidized to retinoic acid. That’s something that your skin has to do to this ingredient in order to get it to a state where it will actually do anything.

It does work and we have really good data to show that it does help. It’s less irritating than retinoic acid so people tolerate it better, which is why you’ll find it over-the-counter.

Moving down the ladder, you have a retinol.

There was a 48 weeks study examining the efficacy of one of these retinyl esters – retinyl propionate, which is in the A313 pommade.

This was a double-blind, placebo-controlled trial of 80 participants.

They looked at images of the participants and they also took skin biopsies, measuring things like collagen and skin thickness. They also looked at some parameters in terms of anti-aging, things like wrinkle depth, a degree of hyperpigmentation, etc.

At the end of the study, they showed minimal improvement with retinyl propionate.

They showed that there was no statistical difference between retinyl propionate and plain placebo cream. In other words, not very compelling for the use of retinyl esters.

Retinyl esters, like all precursor vitamin A compounds that hopefully should end up in retinoic acid, are susceptible to degradation. The further down the ladder they are, the less they are effective.

Retinyl propionate is the one that was examined in this study and is also in the A313 pommade.

So the data suggests that it just doesn’t work for anti-aging purposes!

There are some newer retinyl esters coming out in the cosmeceutical market that seem promising for being better, but the studies are really small at this point. But those aren’t in the A313 pommade.

Over-the-counter vitamin A derivatives are attractive to consumers who are just looking for some improvement in wrinkles and fine lines and seeking an anti-aging benefit, but they don’t want to have to cope with relying on getting a prescription.

So they turn to over-the-counter vitamin A derivatives because they want some of these anti-aging benefits. They don’t have a true skin disease, like acne, but they do have skin aging concerns that they want to improve upon.

Another benefit of over-the-counter vitamin A derivative over the prescriptions that are really robust is that they tend to be less irritating.

An issue with both third-generation retinoids, like adapalene, as well as retinoic acid prescription tretinoin is that they can be pretty irritating and some people just aren’t going to tolerate that irritation. It’s a roadblock for them to comply with those stronger, more biologically active vitamin A derivatives.

A lot of the over-the-counter stuff is going to be easier to tolerate. It’s not as hard but it can still work and be less irritating.

That’s a good thing, especially when you’re pursuing something like improving the appearance of wrinkles and fine lines and hyperpigmentation. If an ingredient is too irritating for you, that’s something that can cause your hyperpigmentation to get worse.

So it makes sense to use something that it’s going to be easier for you to tolerate and comply and that’s why consumers turn to these over-the-counter vitamin A derivatives.

If we think about the ladder of vitamin A compounds, the most effective, the most bioactive robust vitamin A compound that you can buy is going to be adapalene. That’s probably the one that has the most data for showing not only anti-aging benefit but that we know is biologically active and works. It can be a little irritating but of all of the big gun vitamin A derivatives, it’s the least irritating.

Moving down the ladder, if you want to invest in a vitamin A compound that has a lot of data to support its use, I would say go with one that has retinaldehyde in it.

There was a 44 week study that actually looked at retinaldehyde at 0.05 percent and show that it was as
effective as 0.05 percent tretinoin or a retinoic acid for improving some of the visible signs of photoaging, like wrinkles and fine lines.

So I would say that the evidence is strongest for retinaldehyde.

Moving down the ladder, next in line is retinol. It has to be oxidized to retinaldehyde first, which has to be turned into tretinoin in your skin. A little bit more work but doesn’t mean it can’t work.

Probably the strongest evidence out there, dating back from the 90s, are studies looking at retinol, showing that retinol at 0.25% is exerting anti-aging benefits.

The issue is that a lot of times as a consumer you’re not going to be privy to the percentage strength of the retinol in the product. That can be really hard. You might have to contact the manufacturer and there’s a very good chance they’re not going to tell you. It makes it very difficult for the consumer to pick one that is going to be the most evidence-based and most effective.

At the very bottom of that you have retinyl esters, which is in A313 product. There’s very poor evidence for retinyl esters in terms of an anti-aging benefit.

A313 contains retinyl esters but they have not been shown to do have anti ageing benefits, to be helpful for wrinkles.

At the end of the day, the A313 pomade, which is pretty inexpensive, doesn’t have any garbage ingredients in it as far as fragrance or methyl isothiocyanate.

It may be a good moisturizer but I just don’t have much confidence that the vitamin A ingredients in that product are gonna do anything for your skin over just using a plain moisturizer alone.

But it’s pretty affordable and if you’re using it, I get it why. It’s compelling to want to use a vitamin A compound.

I write this article to point out that the evidence is not quite there for those retinyl esters over some of the other vitamin A compounds out there.

For me personally, I tell people to use adapalene. It’s pretty cheap and it’s most biologically active and has a lot of evidence for improving wrinkles and fine lines.

But if you find adapalene too irritating, you’ve got retinaldehyde. It has good evidence, but it can be pretty expensive in the cosmeceutical products. They’re not as robust and you may have to use them for a longer period of time to see results, but they can be effective.

If you really want the anti-aging benefits I would go with either retinaldehyde or retinoic acid. You wouldn’t be wasting your time or your money.

I do think that the retinyl esters are a waste of time!

When you buy a vitamin A product, it’s on you as a consumer to read the ingredients. If you don’t see retinol or retinaldehyde or adapalene, it probably has retinyl esters. And they’re just not as as effective. 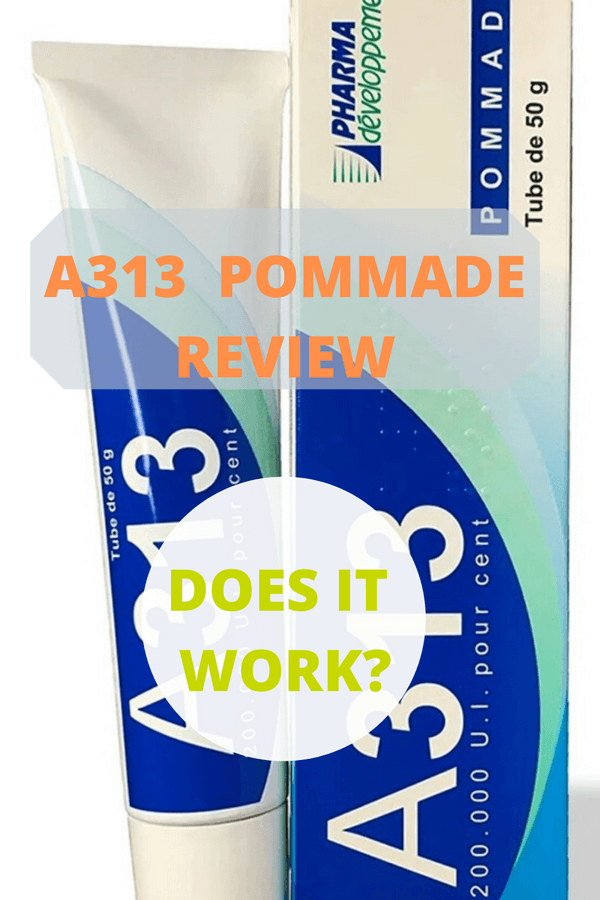