In today’s article I’m going to talk about everyone’s favorite subject – crow’s feet, specifically what are the best treatments for crow’s feet.

Those pesky little wrinkles come around the eyes as we get older and they are due to the repetitive contraction of a circular muscle that goes around the eye called orbicularis oculi.

This circular muscle contracts to close our eyelid and in doing so it pulls the anchoring skin in a perpendicular fashion and that is what results in that crease.

That repetitive motion, overtime throughout your lifetime – smiling, blinking, laughing – can contribute to the formation of crow’s feet.

Smoking is not just a major threat to the health of your entire body, it also effects the aesthetics of your skin. Smoking will definitely accelerate the rate of skin aging and that appears in crow’s feet. Smoking activates some of those same enzymes that destroy collagen results.

The last factor that contributes that to wrinkle formation is our diet. Foods that are high in sugar cause something called advanced glycation end-products, which are sugar molecules that deposit on proteins that become hard and gummy in the skin and that can contribute to to the destruction of collagen and the deeper layers of your skin.

I get a lot of questions about the pillow creasing. We don’t have any big studies looking long-term at the formation of wrinkles based on how people sleep and sleep patterns. It’s merely logic that if you sleep on your side with your face crushed against a pillow, the next morning when you wake up your face is a little puffier, you may have some wrinkles on the face that we relate to the pillowcase.

There is some thought that sleeping on your back can reduce this risk and maybe using a smoother pillowcase that doesn’t crease your skin might potentially alter that, but we don’t really have any strong clinical data to say that for sure.

I personally sleep on a silk pillowcase on my back and I have noticed improvements in my face when I wake up as compared to when I slept on my side. I’m not as puffy in the morning but I don’t know if that’s anti-aging me.

What Are The Best Treatments For Crow’s Feet? 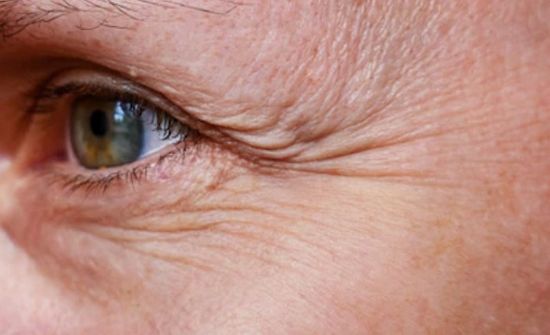 What can be done to get rid of crow’s feet?

There are several cosmetic procedures that you can pursue that will improve the appearance of crow’s feet quite a bit.

But we don’t have long-term data. It makes sense if you’re not moving the muscles as much, the face is more relaxed, you’re not having those repetitive wrinkling motions over time.

How much Botox and how long you have to be doing Botox to get that preventive benefit, I don’t really know. Botox can definitely improve the appearance of wrinkles around the eyes. Sometimes I feel as though people spend a lot of money on products that make a lot of false claims. Botox works! You know what you’re getting with Botox. I think it’s a better investment because it lasts a lot longer and we know that it works.

See where to get Botox injections on your face?

Another procedure that is being done a lot more commonly now and is effective is micro needling.

It uses small needles to stimulate collagen renewal and collagen formation in the skin. It really can improve the appearance of wrinkles.

I caution you against those at-home micro needling devices because it’s a very nuanced thing. The depth the needle penetrates is really important in terms of what area you’re treating.

A lot of those over-the-counter at home derma roller tools aren’t particularly sharp and they can cause a lot more problems for people, such as hyperpigmentation. Plus a major risk with those is skin infections.

Skip those and let a cosmetic dermatologist to do the treatment and you can see really good results.

Similar to micro needling in terms of how it works is Fraxel laser. That is definitely something that can improve the appearance of a crow’s feet. See anti aging light based treatment device 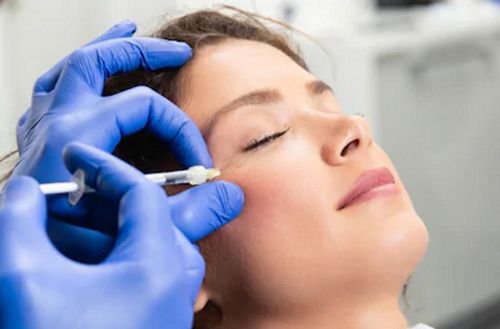 It’s a matter of the selection of the right type of filler and how it is injected, the injection technique, the use of a cannula. All of these things can make filler an option but it does come with more risks. See facial fillers types.

Those are some of the procedures that can improve the appearance of crow’s feet. What about products?

A product that you should be putting around your eyes for sure is going to be sunscreen. That’s actually your best defense against the formation of crow’s feet.

Crow’s feet that you already have are not gonna be reversed by the use of sunscreen around the eyes but you’re gonna slow down the process and it’s something that you need to do, not only for crow’s feet. You should use it for skin cancers around the eyes, for hyperpigmentation, discoloration, etc.

A lot of sunscreens burn and sting around the eyes. What I recommend doing is getting yourself a mineral only baby sunscreen.

The way I put sunscreen on around my eyes is I put a dot of sunscreen just below my brow and then I just work that down over my lid. Once that’s work done, I put another little dot under the brow, but this time closer to my nose. I work it down over the more inner part of the upper lid.

You want to go bit by bit, rather than just putting a big glob there. If you put too much that can definitely sting. In the end, I put it in the corner of my eye, using patting motions. You should end up with a pretty good layer on there.

One of the problems where people run into problems is that they put a big glob on their eyelid and then it runs into their eyes and burns and stings.

You want to use a water-resistant sunscreen as well.

It’s a mineral tinted sunscreen for around your eyes and it works as a concealer. I love this, it’s really expensive but I think it’s totally worth it. I’m always looking out for sales for it.

So using an SPF around your eyes is really important. I find that if you use a baby mineral sunscreen around your eye it almost acts as a highlighter.

With a tinted product you also get some added protection against pro-pigmenting wavelengths of visible light. Tinted products have iron oxides in them and that protects against some of those rays that can contribute to hyperpigmentation.

Really important are sunglasses. Make sure they cover the eye well. Sometimes really cool, flashy sunglasses offer the worst sun protection because they don’t sit on your face properly and they allow too much light in.

You want to have some good UV blocking sunglasses that you wear whenever you’re outdoors, whenever you leave the house. This is really important for protecting the health of your eyes but also in warding off wrinkles around the eyes.

If you ever find yourself wanting to squint in the sun, you definitely need your sunglasses.

It’s called Argireline Acetyl hexapeptide-3. It is patterned to look like part of the proteins that are responsible for that crosstalk between the muscle and the nerve. It theoretically can inhibit some of that signaling between the two, just by putting it on the skin rather than injecting it. So it’s appealing to people who want to avoid having to do injections or don’t want to do Botox.

There’s a small study showing that topical Argireline inhibited 30 percent of release of the signal across the muscle-nerve junction. So it suggested it is effective. But bigger studies haven’t really supported the use of this as a replacement for Botox. Some studies show that it really just doesn’t get into the skin particularly well.

Another ingredient that can be pretty inexpensive and easy to keep up with is using hyaluronic acid around the eyes.

You can apply a serum with hyaluronic acid around the eyes and then put a heavier moisturizer over and that will really add some enhanced hydration in the skin around your eyes and it’ll be locked in by that layer of moisturizer on top.

There are tons of products in this category that accomplish this and they can be really expensive but one that I personally love and use a lot is COSRX triple hyaluronic moisture ampule.

It has three forms of hyaluronic acid and that’s very good because one of the issues with hyaluronic acid is it can be hard to get it into the skin. So having the different forms in there allows for a gradient effect.

This treatment also has D-Panthenol which helps to nourish the skin cells. They can actually take it up and convert it to the active form of vitamin B5 and use it.

I also like it because it has poly hydroxy acids, which are humectants that add hydration but they also can lightly exfoliate the skin in a very gentle and precise manner to improve the appearance of hyperpigmentation, discoloration and fine wrinkles.

I don’t recommend spending a lot of time and effort on eye creams. Most eye creams have too many ingredients that really just set you up for eyelid dermatitis.

The other ingredient that you’ll see in a lot of eye creams that can actually be helpful is going to be some combination of different peptides.

Peptides are ingredients that can act like humectants, they can help add hydration.

There are some lab studies and some very small studies suggesting that topical application of peptides might help in in stimulating some collagen synthesis and boosting up the strength of the skin and improving skin texture, but those are small studies.

In terms of products that you use, I would say focus on a sunscreen. Pick a sunscreen that you can tolerate around your eyes and that you like. Make that your first focus.

And consider skipping all the rest of the stuff and save your money for Botox. It has more science behind it for improving the look of crow’s feet.

In my opinion Botox is worth over all the creams and serums and whatnot. I think it’s a better investment.

What Are The Best Treatments For Crow’s Feet?