In this article I’m gonna be covering taking chlorophyll water for skin and acne. 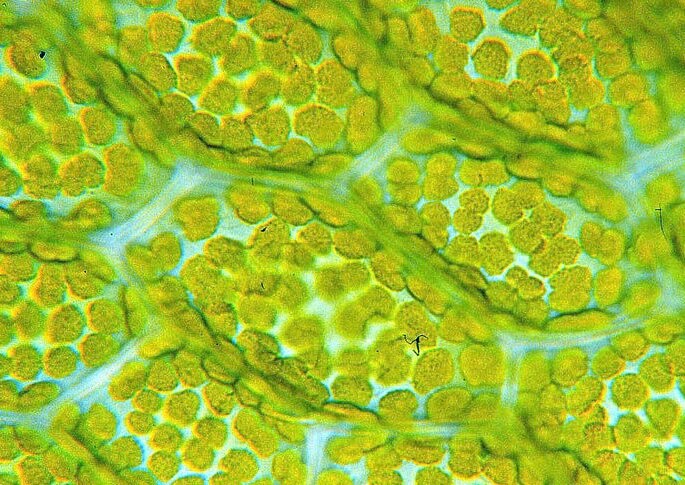 Chlorophyll is a plant pigment. It’s what makes plants green. It also can protect against DNA damage.

Some people are taking chlorophyll water claiming that it helps their skin and acne.

It’s actually chlorophyllin, a water-soluble form of chlorophyll and this type of supplement has been around for a very long time.

Many people take it claiming that it’s going to help detox the body. There is a little bit of truth to this.

Chlorophyllin supplements have actually been shown to limit the bioavailability of alpha toxins.

Chlorophyllin is an antioxidant, so it can help fight off free radical damage from exposure to any environmental toxins. It also has this ring-like structure and it’s thought that maybe it can bind up some of these things and limit their bioavailability.

So there is actually some truth to the detox claim about this ingredient.

It has been demonstrated that it limits the bioavailability of carcinogens.

But what about chlorophyll water for skin and acne?

First of all, you have topical chlorophyll, stuff that you put on the skin.

Truthfully there are no studies of putting chlorophyll on your skin for acne. But it is antibacterial, it is anti-inflammatory, it’s an antioxidant.

Logic follows it could potentially help with acne, so you will find it in several over-the-counter acne products, including the line bioClarity that I have used before. 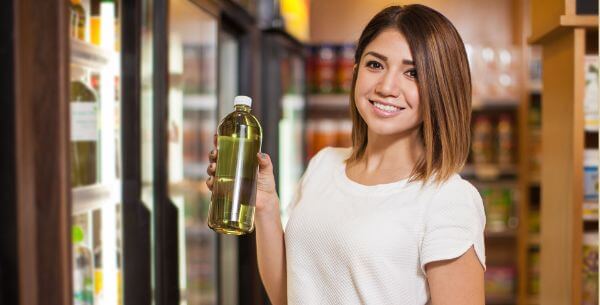 What the heck is photodynamic therapy?

It is a type of treatment we use in dermatology to treat skin cancers and a variety of other skin conditions. It involves administering a photosensitizing agent, either applied to the treatment area or given to the patient systemically.

Once that photosensitizing agent is allowed to accumulate into the given tissue, then the area is treated with either blue light or red light and this results in something called photoactivation and the generation of singlet oxygen species and subsequent death of the cell that we’re trying to kill off in the diseased area.

Photodynamic therapy has been used to treat acne successfully because photosensitizers accumulate in the oil gland.

Chlorophyll is a photosensitizing agent that can be used for the purposes of treating acne and was shown to be effective.

Should You Take Liquid Chlorophyll For Acne?

This is merely used to make the visible light treatment more effectively and it’s used under controlled conditions.

Taking a photosensitizing agent can be very damaging to your skin.

Chlorophyllin can accumulate in the lining of the blood vessels in your skin and it can cause rashes, burning, stinging, redness, blistering.

Chlorophyll is present in the foods that we eat, specifically spinach, broccoli, green leafy vegetables, so you can get chlorophyll from your diet. 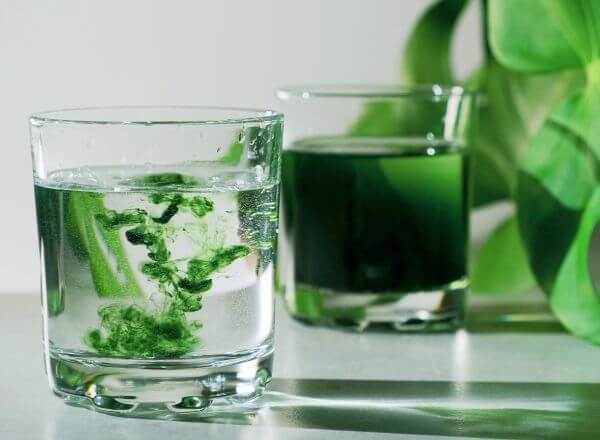 However if you take it in a supplement form, it’s the equivalent of eating 10 cups of spinach or something all at once.

It’s very concentrated and can accumulate in the tissues and cause photosensitivity.

I’m not making this stuff up when it comes to the chlorophyll and supplements.

It is well established that chlorophyll and supplements are a known cause of something called pseudoporphyria.

What the heck is that?

It is a skin condition in which individuals are become sensitive to light because of something that they are taking or exposed to.

We don’t always know why it happens. In some conditions it makes sense. Patient is taking something that is photosensitizing, it accumulates in tissues and then they have this what’s called pseudoporphyria.

How does it present?

But you can get a pseudoporphyria state triggered by certain medications and in this case chlorophyll and supplements. This has been well established, well documented in case reports.

Basically the photosensitizing agent gets concentrated in the cells that line the blood vessels and then when you’re exposed to visible light, like indoor lighting, can trigger tissue destruction and you get these blisters that are painful, you have redness, you have swelling and you can have numbness.

This isn’t going to happen to everybody, but it does happen and it probably is going to happen more likely the longer that you take this because it could accumulate in those tissues.

We don’t really know that much about these supplements and supplements are not drugs, they’re not regulated. The dosage is going to vary from company to company and companies are not really required to do any standardization.

So it can be problematic, it could potentially accumulate in your skin and cause a photosensitive reaction.

For people who experience this, not only is it painful, not only do you have these blisters, there’s also a risk that it could scar you and that it could cause hyperpigmentation that either doesn’t fade or takes a long time to fade.

That’s particularly more likely if you are somebody with a medium to deep skin tone.

In the case of pseudoporphyria triggered by chlorophyll supplements, it’s not often as simple as just stopping the medication.

Some patients have been reported to still have photosensitivity up to six months after stopping the supplements, suggesting that something in the chlorophyll maybe binds to blood vessels or red blood cells, causing a more prolonged manifestation of the pseudoporphyria.

In my opinion it is much better to derive the benefits of chlorophyll in terms of its antioxidant properties simply by eating green leafy vegetables.

Consuming high concentrations of one component of a food often can result in problems and this is one such example.

Just because it is natural, just because it comes from a plant doesn’t mean it’s safe to take in concentrated amounts for a prolonged period of time.

It’s not as simple as ‘this is going to help acne’.

The reason that study showed it was beneficial in acne is because it’s part of photodynamic therapy, which you shouldn’t just be doing yourself without the supervision of a dermatologist.

Because, again, you can have blistering, redness, painful reactions and if you take this long term, it can potentially accumulate in the lining of your blood vessels, triggering possibly a pseudoporphyria.

It’s not something that you should be taking in high levels, in my opinion, based on this potential risk of a photosensitivity, which is not something you want to mess around with.

A far safer way to obtain some of the benefits of chlorophyll is simply by eating leafy green vegetables, like spinach and broccoli. These are much better ways to get this beneficial compound into you, rather than these very high concentrated levels in chlorophyll supplements.

I’m sure there will be people who will think that I’m just a puppet of the pharmaceutical industry and that is why I am cautioning against chlorophyllin.

But those of you who are here for an evidence-based answer, here are references documenting the cases of pseudo-porphyria from taking chlorophyllin supplements:

Chlorophyll Water For Skin & Acne (Is It Good?)