Do you have issues with the dark circles under your eyes?

If you do, you’re one of millions and millions of people who dislike that part of their face.

There are a lot of creams that you may see that claim to treat dark circles under the eyes, but the reality is that there’s no one treatment that works for all dark circles.

The reason why is because there are a number of causes of dark circles and the treatment must be matched with the actual cause of the dark circles. 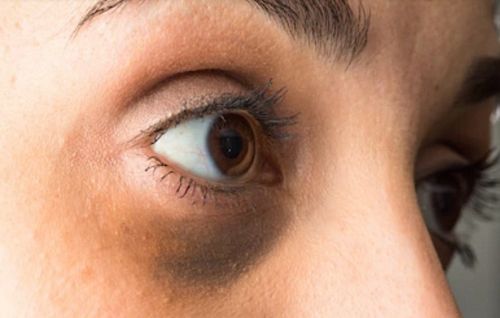 Your dark circles may be caused by something that’s different than mine and we can’t treat them the same way.

Dark Circles Under The Eyes Causes and Treatment

There are three main causes of under eye dark circles.

1. Let’s get started with the first cause. It is puffiness that causes shadowing. 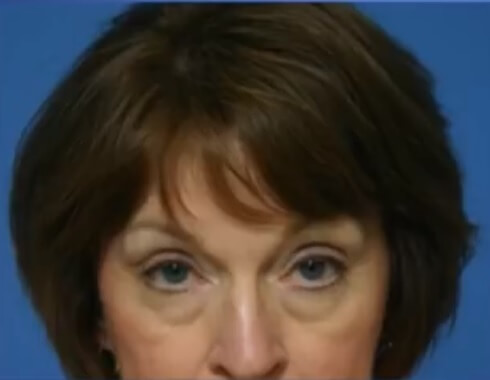 The idea behind this is that we all have fat in our lower eyelid, that’s basically part of our eye socket. As we get older and sometimes this is genetic, that fat can get puffy and it can protrude out.

Protruding fat can create a shadow underneath it that causes it to look dark.

If you look at this picture you can see that she’s got puffy under eye, she has the puffiness under the eyes and you can see those dark circles underneath and those are caused by shadowing.

This is a type of where if you are in a very sunny area, with light everywhere and there aren’t a lot of shadows, your eyes may look pretty good. So during the day you say “hey I’m outside and my eyes look really good, let’s take a selfie.”

Yet you go to a party that night and you’re at a friend’s house and the lights are very dim. You walk by a mirror and look in the mirror and you say ” oh my gosh, what happened? Now my dark circles look really bad!”

If that’s the case, it’s caused by shadowing and depending on the lighting in the room, the shadows could be better or could be worse.

How do you treat that? You treat it by getting rid of that shadowing.

If you’re looking for a quick fix, there are a number of these instant lower eyelid tighteners out there. There’s one called Sudden Change and it’s very inexpensive. You can find it on Amazon or at the drugstore.

But these are quick change types of things. It’s kind of like the equivalent of putting an Elmer’s glue type of thing over your lower eyelid and letting it dry and it tightens that skin up to decrease the puffiness temporarily.

But if you’re looking at getting rid of those dark circles permanently, then what you need to consider is a lower blepharoplasty.

During a lower blepharoplasty surgery, they remove that puffy fat through an incision on the inside of the eyelid.

This is real surgery, takes about an hour and a half. There’s a one to two week recovery time.

2. The second cause is thinning of the skin. 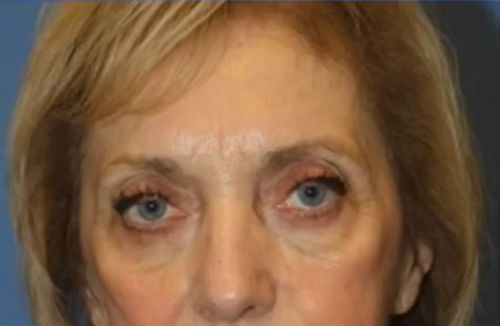 If the cause of your under eye dark circles is thinning of the skin, then we treat that very differently.

In a lot of people as they get older, the skin gets thinner, it starts getting almost creepy in appearance and you start seeing more darkness there because it becomes more transparent.

A number of the over-the-counter eye creams try to treat that, they try to thicken that skin and you can thicken it in multiple ways.

One way you can thicken it is just by using a moisturizing eye cream. By moisturizing the skin you’ve thickened that skin and it may be a little less transparent. You may see those blood vessels a bit less, and the dark circles maybe a little bit better.

Long term, however, that doesn’t do anything and so long-term we recommend a retinol eye cream. 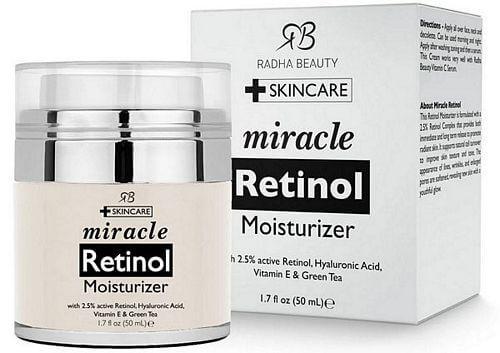 A retinol is scientifically proven to help thicken the dermis of the skin. This doesn’t happen overnight though. This does take quite a bit of time but if you apply a retinol eye cream to the lower eyelids and you do that regularly, in the morning and the evening for many months, then you can gradually get thickening of that skin.

3. The third cause of under eye dark circles is pigmentation. 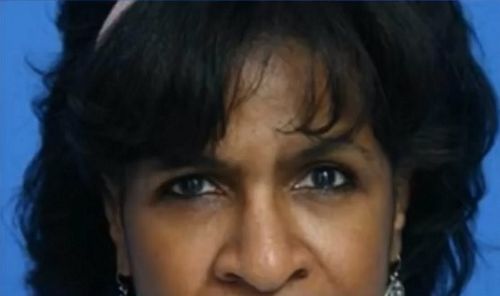 There are certain people that as they get older and sometimes even when they’re quite young, if they have dark skin, they can get pigment under their eyes.

This is not something that you see commonly in Caucasians, usually it’s in people with darker skin. They get pigmentation under the eyes and that can create this dark circle.

How do you treat that?

But what you’d want to treat the dark circles caused by pigmentation with is a lightening cream.

Click Here to Learn More About This Skin Whitening Cream

There are multiple ones out there. I do recommend starting out with a hydroquinone based cream, although there is some controversy surrounding that so it’s not recommended for everybody.

There are a number of other creams out there that have substances like niacinamide that can also help and kojic acid that can help with the dark circles.

If you have darker skin and your skin is a bit pigmented under your eyes, then the treatment is a lightening cream.

There are many out there and once again some of the things that look for in lightening creams would be hydroquinone, niacinamide and kojic acid.

The dark circles from pigmentation are may be the hardest one to treat because the pigmentation, especially that’s been there a long time and it’s quite deep, it can be pretty hard to get rid of it.

There’s no other real option other than the creams that I know of that can help treat it.

Summary of Causes and Treatment For Dark Circles Under The Eyes

So the treatment for the under eye dark circles really is targeted to the cause.

If the cause of your dark circles is puffiness, I encourage you to consider the lower blepharoplasty surgery. If it’s due to thinning skin, then I would consider a retinol base cream and if it’s due to pigmentation we want to look for a lightening cream.

I hope this was helpful for you in your quest to get rid of your under eye dark circles.