Today I’m going to be addressing a topic that I get many questions from you and that is facial exercises and facial yoga.

Can they help to improve the appearance of the aged face, namely sagging, creepiness and that sort of things.

Facial exercises are really popular on the internet. You can find books about them. Proponents of facial exercises claim that they can help strengthen the underlying facial muscles and subsequently help to reduce wrinkle formation, improve the appearance of wrinkles as well as to firm and tighten the skin.

In the past I probably would have told you there’s no evidence for that, but we actually have a study now to support some of these claims. 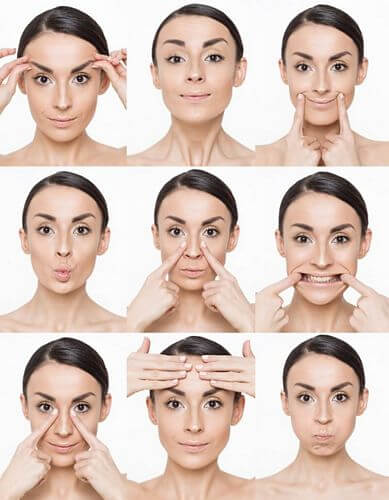 We know that the physical manifestations of aging in the face are not only due to some of the actual damages in the skin itself. The damages caused by the UV exposure, leading to photo damage, hyperpigmentation, discoloration, dull skin, sunspots.

Not only that, but we also are beginning to appreciate that the changes to the aging face are also a consequence of age related loss in muscle tissue density, so atrophy of the underlying facial muscles as well as loss of some of the fat under the skin.

This idea that is promoted about facial exercises makes some logical sense.

The guy who I am most familiar with in terms of the facial exercises is Gary Sikorski. He has many videos on YouTube and he’s got some videos on the AARP.com site that you can access.

I have never done them myself. If you want a tutorial on facial exercises, I will guide you to him.

The reason for this is he was a guy who they enlisted in this study on looking out the outcome of a facial exercise program on the appearance of the aged face.

This study sought out to assess the effect of a facial exercise program on the appearance of the photo aged face.

They enrolled individuals ages 40 to 65 who had visible signs of aging, namely sagging skin and creepiness in the mid to lower face regions.

Study overall had them doing exercises for 20 weeks, but the last 12 weeks they were only doing the exercises 3 to 4 times a week.

The primary objective of the study was to assess the outcome on the appearance of the photo aged face, using a scoring rubric that was established a long time ago and is used in a lot of the cosmetic literature.

The secondary objective was to establish how satisfied are the participants.

Initially they enrolled 27 people but unfortunately 11 people dropped out of the study. They probably dropped out because it’s a lot to go through. They didn’t clarify why they dropped out but I don’t think it was due to any adverse event. Otherwise they probably would have reported that.

All of the individuals enrolled happen to be female.

Those two investigators were asked to estimate the ages of the women by scrutinizing their undated photos taken before, during and after the study.

Results of The Study

They didn’t show any improvement in the neck, for example. That looked the same.

This is an objective measurement in the sense that the investigators are just looking at photographs and following a rubric of scoring and they don’t know who has done the exercises.

It appeared to be most striking for improving the appearance of cheeks. But this is at 20 weeks. Maybe if they had done it longer they would have had some benefit in other areas.

In terms of the secondary outcome, the participants were quote satisfied with the results.

The study has some limitations and was very small. Only looking at women. It’s biased, it’s not controlled, they didn’t have a control group not doing exercises.

The other limitation of the study is that they enrolled people who are volunteering to do this. Probably people who are more motivated to do it because they have time and they wanted to try it. They are more likely to stick with it, do it right, be consistent with it and they may feel better about themselves after doing it and feel more satisfied with the way they appear, even though they may not appear strikingly different.

It could be that these 16 women were really gangbusters with a routine and maybe they were overly optimistic with their results, because the participants knew they were doing the exercises.

That’s the only study that we have!

But it makes some logical sense that it would help in strengthening the muscles, through a muscle hypertrophy. Just as you workout and your biceps get bigger.

Maybe getting hypertrophy of the underlying facial muscles could by space-filling help to improve the appearance of the sagging in the lower face, particularly around the cheeks, just cheek volume.

The other situation that is worth mentioning is doing facial exercises after getting Botox injection. The reason being is that it can theoretically help you to take up the Botox better into those facial muscles that you’re hoping to paralyze with the Botox.

It’s been controversial for a long time, does this really make a difference. There is now a small study that shows it does seem to accelerate the onset of the Botox.

In other words, it doesn’t make the Botox more effective. You are just seeing some benefit from the Botox earlier than if you didn’t exercise facial muscles. 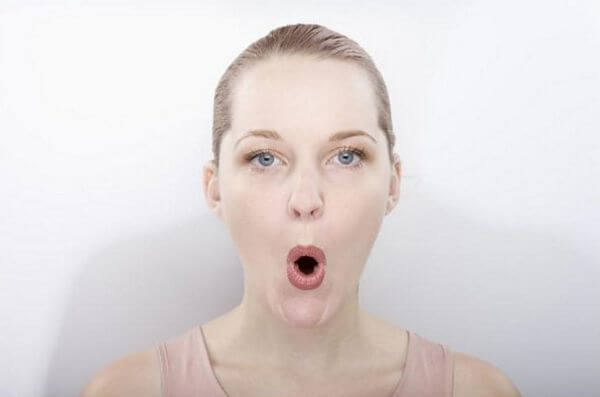 You also asked me about facial yoga. I don’t have any personal experience with it. I can’t find any studies to support the use of facial yoga.

From what I understand facial yoga is a little bit similar to facial exercises. Instead of being a strength training routine, it’s more focused on relaxing the underlying muscle groups, improving tension and then overall tone of the face.

That too makes a lot of sense. When we clench the facial muscles, you could get hypertrophy in areas that you might not want, like the cheek area or the jowl area. That could potentially skew the appearance of your face.

So I can see the logic of doing facial yoga. If anything it’s going to improve tension headaches. I can’t imagine there being any risks to relaxing and doing some long movements of the face. That seems reasonable to me, but there are not any studies looking at facial yoga specifically nor do I have any experience with that.

But facial exercises do seem promising. I never would have thought that and then I saw this study. The guy who did the study was dr. Murad Alam. He’s a very well-known in academia as well as in cosmetic dermatology so I respect his study. I imagine they did it well and they used a guy who’s well known for coming up with the exercise routine

It seems to be helpful and not harmful. I hope this article is helpful to you in addressing questions about facial exercises.

How to lose fat under chin. 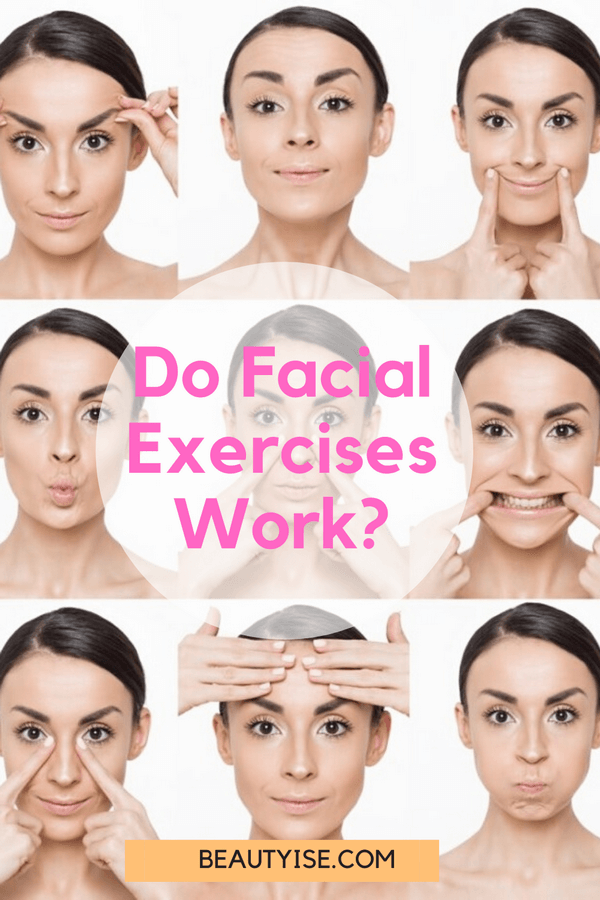 Do Facial Exercises Work? Here’s What Study Has Found