Today I’m going to talk about how to fix too thin eyebrows.

Step number one to addressing the thinning eyebrows is to see your healthcare provider to determine what exactly is going on and you may need to see a dermatologist as well. 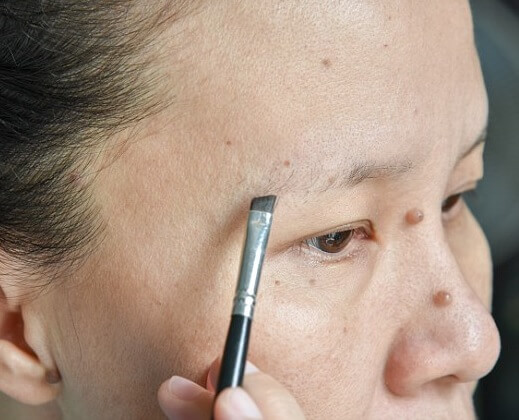 Thinning eyebrows, more common than not, are due to age-related change, just as the hair on our head begins to thin with age, so does the hair elsewhere on our body, including our eyebrows.

But the second cause that is fairly common is more worrisome. It is low thyroid hormone.

Hypothyroidism is not an uncommon medical disease in which the thyroid hormone becomes low and one of these skin manifestations of that is thinning of the eyebrows.

That’s why I emphasize is important to see your healthcare provider to determine what the underlying causes are. Basic blood work may be needed and if you have a thyroid deficiency, it is something that definitely needs to be treated.

Another very common cause of thin eyebrows is in people who have eczema, which is also known as atopic dermatitis. It’s actually called Hertoghe sign. It refers to thinning of the lateral third of the eyebrow and people with eczema can have this.

It is due to chronic skin inflammation that culminates around the hair follicle on the eyebrow. For people with eczema it’s really important to be aware of the fact that the skin everywhere is very sensitive and can be hyper irritable.

Related: Is Microblading Worth It?

You need to make sure that you are not using anything irritating around your eyebrows because that can definitely worsen brow thinning, particularly if you have eczema.

And then your grooming practices and what you are doing as far as taking care of your eyebrows. It’s very popular to wax, pluck, thread, sugar. All of these different hair removal approaches can with time actually scar down the hair follicle.

It’s called traction alopecia. It basically traumatizes the little hair follicle that produces the eyebrow hair. With time that leads leads to thinning of the eyebrow. Once that scar is formed, there’s no going back. You can’t bring the hair back to life.

To reduce the chances of that happening, consider not plucking, waxing or grooming your eyebrows this way, or not doing it as frequently.

It’s not that common that people develop balding in their brow area from waxing but it certainly can occur and is a risk.

We see a similar type of thinning in the hair in people who wear their hair pulled back tightly. It’s called traction alopecia and initially that results in breakage and thinning of the hair around the temple areas. But if the individual continues to wear their hair in that tight hairstyle, those little follicles can be under so much strain and pressure from the pulling that the scar can form there and that hair will no longer grow.

In the U.S. and developed countries that is very rare, with the exception of certain conditions or in certain situations where maybe you have an abrupt sudden weight loss due to surgery or some kind of absorption problem or you have an underlying genetic defect.

The other nutritional problem though that can arise, that’s not that uncommon, is low iron. You may not have an iron deficiency anemia but that low iron has been associated with thinning of the eyebrows.

We know that low vitamin D has also been associated with the thinning of the hair on the head and likely also of thinning eyebrows.

So it’s important for you to see your healthcare provider to make sure that those things are okay.

If you do have one of these deficiencies, treating the deficiency should result in the hair slowly regrowing and being just fine. You don’t necessarily need any immediate treatment to remedy the eyebrows outside of correcting the underlying nutritional deficiency.

Another reason for hair loss in the eyebrows that we see a lot in dermatology clinics is a condition called lichen planopilaris. We don’t know why this skin condition happens.

It is a skin condition in which there’s a type of inflammation that comes into you the skin and localizes around the hair follicle and causes a lot of inflammation. This causes scaly patches in the scalp that then scar down and the individual has bald spots there. They have hair breakage initially, thinning of the hair and as that disease process moves forward, the hair follicle is scarred and that person has ou scarring hair loss.

This disease also can affect the eyebrows and specifically a variant of the disease called frontal fibrosis alopecia happens. Most commonly we see this in postmenopausal women, although we can see it also in premenopausal women. The way that is diagnosed is with a skin biopsy of the affected area.

Less commonly, there is a variant of a skin condition called keratosis pilaris. It can affect the face in the eyebrow area. Keratosis pilaris is a dry skin condition in which you have these little rough scaly bumps around the hair follicle, most often on the upper arms, the thighs and cheeks.

Those are the causes of thinning eyebrows. What can be done to fix this situation?

How to Fix Too Thin Eyebrows 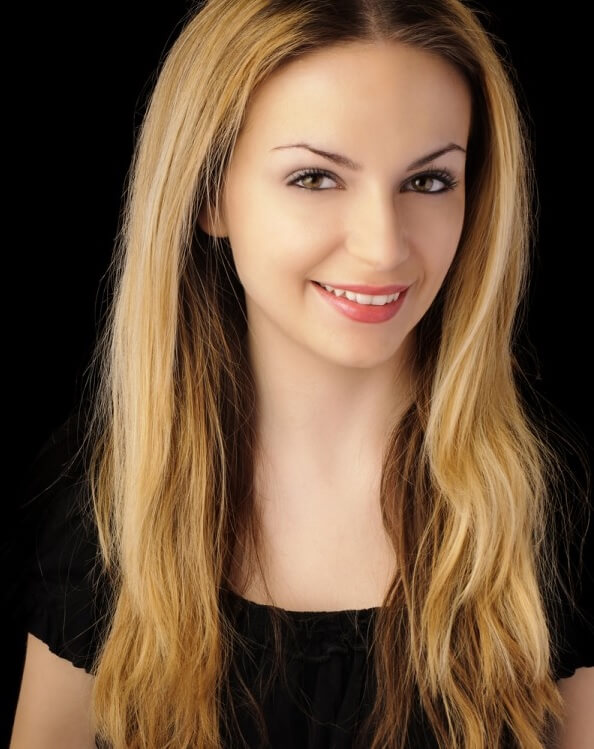 It will be more specific to the underlying cause, but in general, if you are plucking, tweezing, over grooming your eyebrows, consider backing off. Switch to shaving, that will not cause any problems or put you at risk for traction alopecia. These are small razors for shaving the eyebrows, so I recommend switching to them.

In the case of eczema or keratosis pilaris on the face, the treatment would be a prescription steroid cream to calm down the inflammation.

In the case of thyroid disease or an underlying nutritional disease, obviously correcting those abnormalities is imperative. With time the eyebrows will regrow once the underlying problem has restored itself.

In the case of lichen planopilaris, however, it’s very important that the disease be diagnosed as early as possible so that treatment can be initiated. If treatment is initiated early then that disease process will be halted and will prevent the ongoing scar formation. In other words, treating early offers you the most potential for not losing your hair either in the brow region or in the in the scalp.

What are the treatments for lichen planopilaris? It’s going to actually be an oral medication that we give to patients who have lupus -an anti-malarial medication. I know that sounds weird, like why would a medicine that is used for malaria treat this? It has to do probably with how the drug works in terms of interacting with the cells in the immune system.

We also will use a topical steroid cream in a higher potency, not what you would be able to get over-the-counter. Also steroid injections into the skin of the brows and scalp.

But in simple age-related thinning of the eyebrows, or even in cases where there is an underlying medical condition that has been corrected and you’re waiting for the brows to begin regrowing, what kinds of things can be done to improve the thickness and density of the eyebrows, to get those follicles back in the growing phase, to get your eyebrows back?

Believe it or not minoxidil, which goes by the brand name Rogaine. It is an effective treatment for increasing density and thickness of the eyebrows. 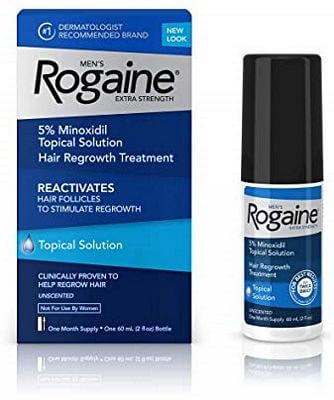 Minoxidil is a mainstay in the treatment of hair loss and is available over-the-counter. Minoxidil applied to the brow area twice a day can get you increased density and thickness of the brows. An increased diameter specifically when applied twice a day.

The way to do this actually is to just get a little Vaseline and put it on the skin around the brows and take a cotton tipped applicator and just apply a thin film of minoxidil to the brow area twice a day.

It will get you noticeable results in as early as eight weeks. Women seem to be more responsive to topical minoxidil than men. It’s thought that, for whatever reason, women have more hair follicles that are minoxidil responsive.

Side effects of minoxidil include irritation and contact dermatitis. That is a tricky thing because the contact dermatitis can get so bad, meaning you get a rash just from using the the minoxidil that can cause inflammation in the skin that can actually interfere with hair growth.

It’s very important to have the delicate balance, making sure it’s not too irritating for you. You may be wondering about the percentage strength of minoxidil. There are studies showing that two percent is effective.

Another topical medication that will also help in restoring some hair growth in the brow area and improving brow thickness is topical bimatoprost, which goes by the brand name Latisse. 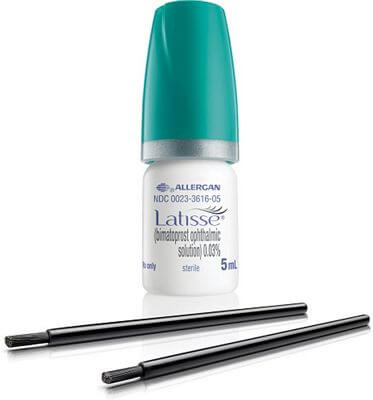 Latisse applied to the brow area has been shown to be effective, however it’s not any better than using Rogaine. However, it is better for the reason that it has a lower risk of contact dermatitis. Latisse is expensive and it’s not not going to be covered by insurance.

There are some cosmetic things that you can do, such as using eyebrow makeup. That’s something that many people do and are happy with the results but it takes a lot of your time on a daily basis. 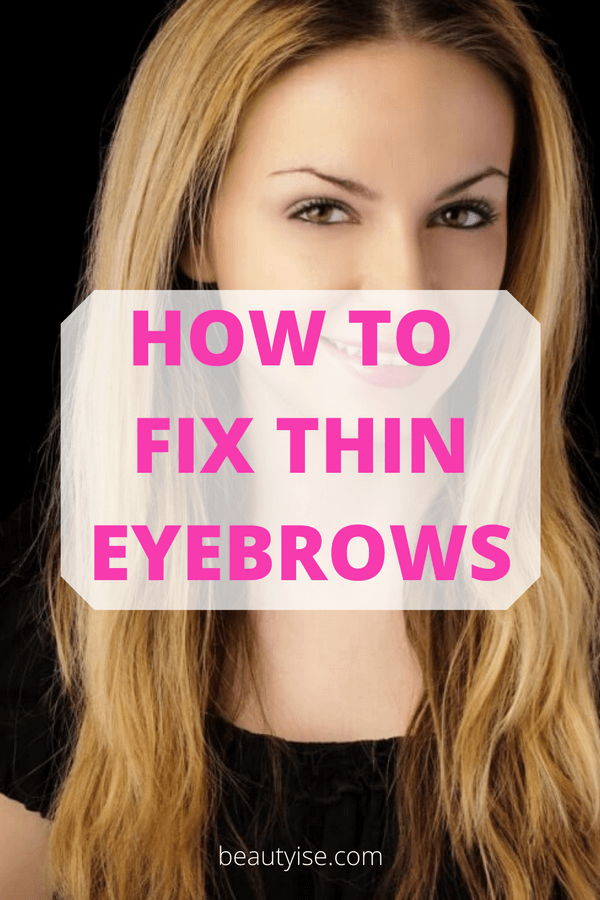 How to Fix Too Thin Eyebrows